How to Create Firewalls

DigitalOcean Cloud Firewalls are a network-based, stateful firewall service for Droplets provided at no additional cost. Cloud firewalls block all traffic that isn’t expressly permitted by a rule.

You can create a firewall at any time from the control panel by opening the Create menu in the upper-right and choosing Cloud Firewalls. 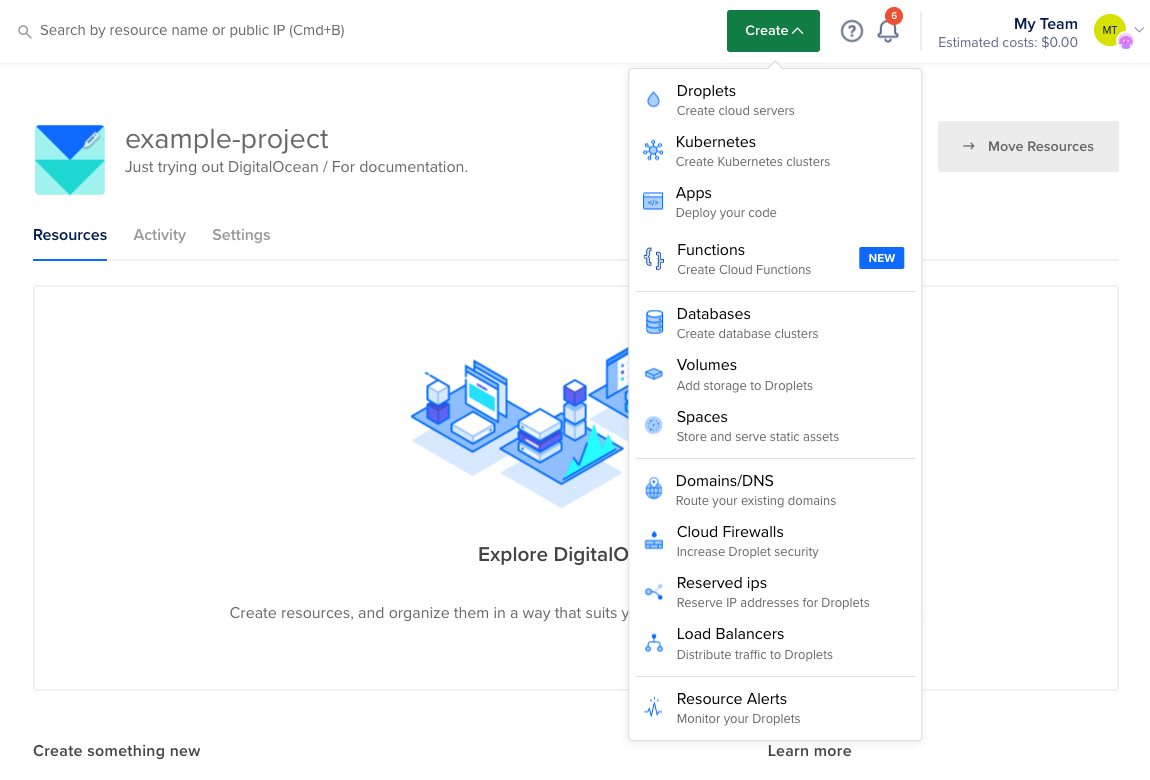 On the creation form, you can choose a name for your firewall, define its inbound and outbound rules, and choose the resources to apply the rules to.

You need to define a name for your firewall before you can create it.

You need to define at least one rule to create a firewall.

When you first create a cloud firewall, there are four inbound and outbound rules defined by default that allow some fundamental traffic. You can keep, modify, or delete these rules, and create new ones.

Because the compromise of a server typically begins over an inbound connection, the default inbound connections remain entirely restricted with one exception. The suggested rule allows SSH connections on port 22 from anywhere so that users will be able to administer the server from a terminal.

Because of this, the suggested outbound rules permit all traffic to any destination on any port. These defaults make it easier to set up a new server without introducing restrictions that could block expected functionality.

In the Apply to Droplets field, you can choose Droplets by name, tag, or a combination of both. You can also search for Droplets by IP address.

Once you’ve created a firewall, the Firewalls tab serves as the main overview page and provides summary information including the number of Droplets protected, the number of rules and the date the firewall was created.