How to Track Performance with Droplet Graphs

DigitalOcean Droplets are Linux-based virtual machines (VMs) that run on top of virtualized hardware. Each Droplet you create is a new server you can use, either standalone or as part of a larger, cloud-based infrastructure.

Droplet graphs are up-to-the-minute visualizations of how your server is performing over time. They let you monitor Droplet performance metrics in the control panel.

To obtain CPU metrics for a Droplet using the DigitalOcean API, follow these steps:

To view a Droplet’s graphs, click its name on the dashboard. You’ll arrive directly on the Graphs page. By default, three graphs are available for any Droplet:

The times in these graphs are in your local time zone, as determined by your browser.

The default Droplet graphs use metrics collected by external tools; they require no additional services on the Droplet itself. You can enable additional metrics graphs and alerting with the DigitalOcean metrics agent, which is a small utility that runs on the Droplet.

You can install the metrics agent automatically when you provision a Droplet or after a Droplet has been created.

Once the agent is installed, you’ll have access to these additional graphs: 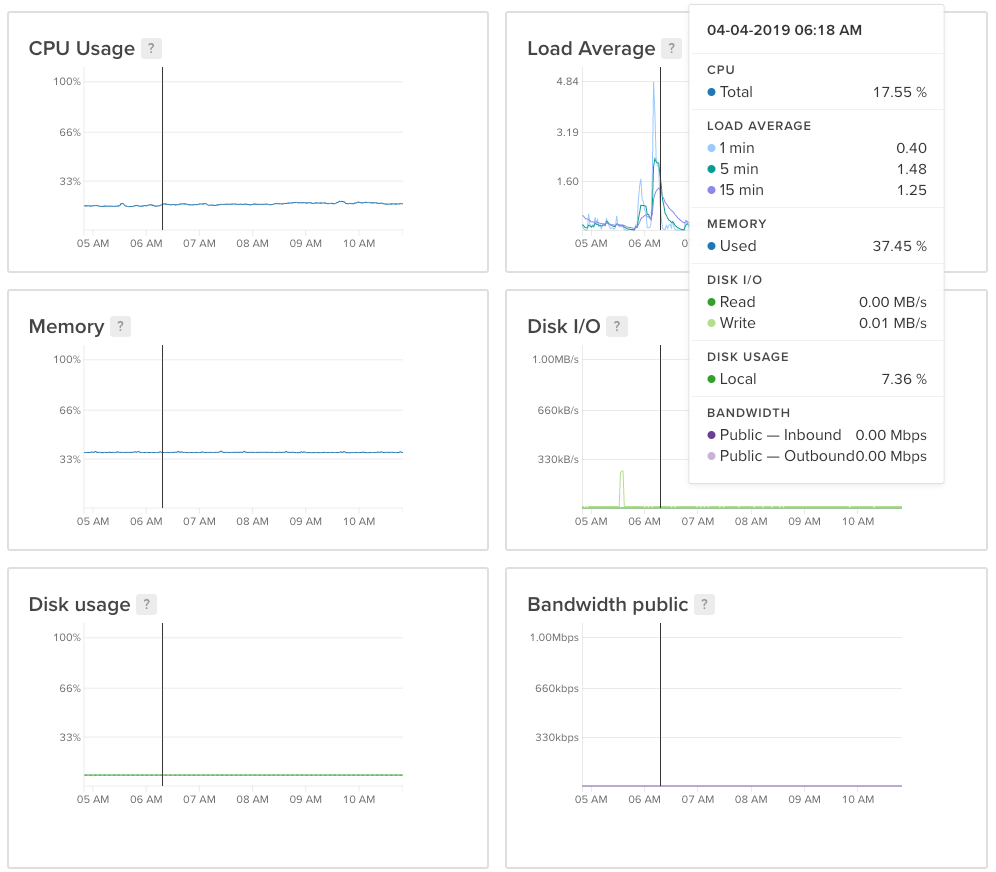 The Droplet graph timeframe options are 6 hours, 24 hours, 7 days, or 14 days. Data resolution is based on number of points, with a fixed number of points per plot. When you mouse over any of the graphs, a line appears on all of them, pinpointing a moment in time. A graph legend appears along with metrics for that specific point in time.